Launching the Campaign with a Declaration of our Right to Breathe

On Monday, November 23rd, Philly Thrive launched our campaign as fifty Philadelphia residents assembled at the Center City headquarters of Philadelphia Energy Solutions (PES) to consider a declaration of our right to breathe clean air. 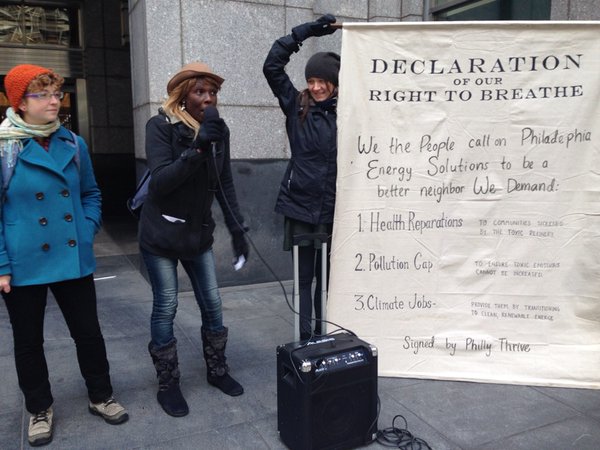 In the spirit of revolutionary declarations our city is known for, we heard testimony from residents concerned about the oil refinery and its impact on public health. “I am sick and tired of being sick,” said Malique Diarra a member of ACTION United and Southwest Philly resident. “The oil refinery is poisoning our air. We need a health study on how the emissions are impacting us and then we need PES to pay for our health bills based on that study.” 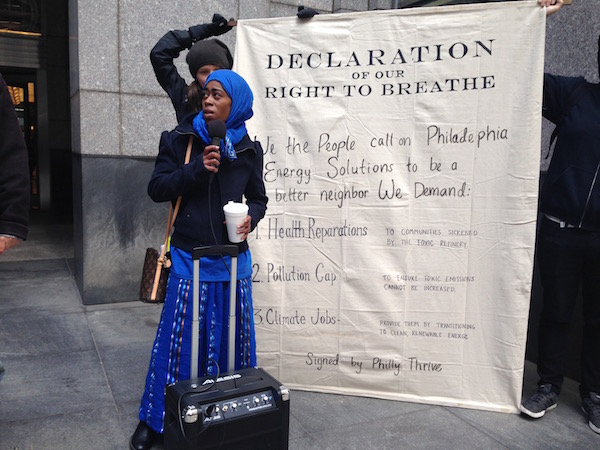 As the assembly continued, Thrive sent a delegation of residents into the building to request a meeting with PES. A week prior Thrive and ACTION United had reached out to PES CEO Phil Rinaldi for a meeting and did not receive a response.

Meanwhile at the assembly, residents expressed concerns about an economic system that requires people to sacrifice their health and wellbeing.

“We appreciate PES providing jobs for this city, but if they require us to sacrifice our health and our natural resources, that’s a false choice. We can have an economy that creates jobs, provides a living wage and doesn’t make people sick. We need climate jobs,” said Alexa Ross, an organizer with Philly Thrive. 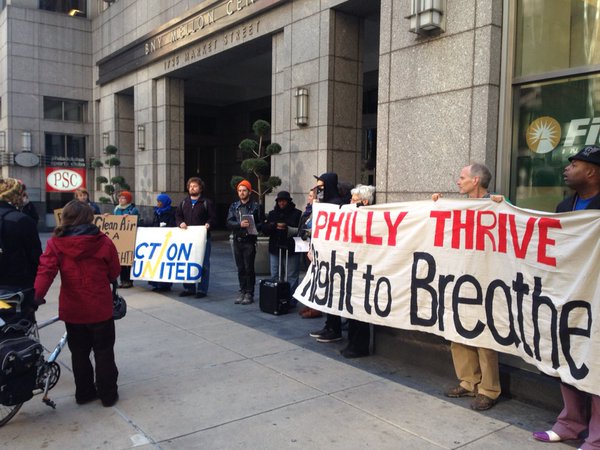 Ultimately, the declaration for the Right to Breathe was ratified by the assembly, including the campaign’s three demands of PES:

The delegation to PES’s office returned with news that they were prevented from speaking with anyone at PES. The assembly chanted and sang in a pledge to continue growing the movement for the Right to Breathe. 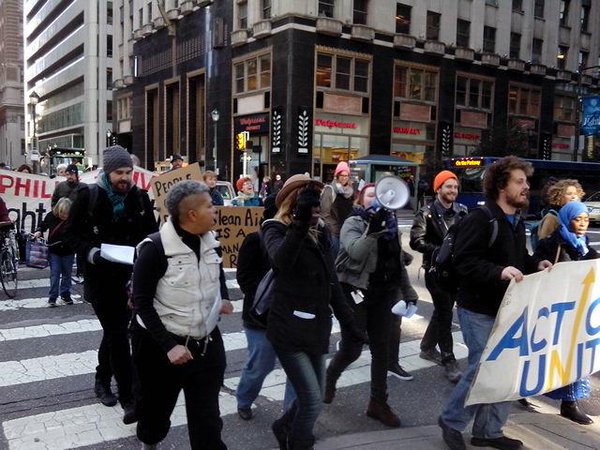