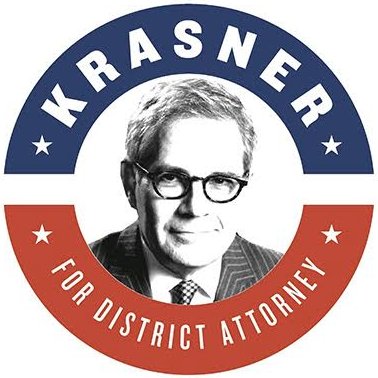 Thrive: It is incredibly encouraging to hear you talk about the mandate local prosecutors have to “vigorously prosecute pollution.” Philly Thrive has been campaigning against the PES refinery- located a half a mile away- for its deadly environmental racism. The refinery, the largest on the east coast, has been in violation of the Clean Air Act and Clean Water Act for the past 3 years. The small fine PES is made to pay while it continues business as usual is nothing like how citizens are treated under the law. What action would you take as DA to prosecute PES for its damages to Philadelphia residents?

Krasner: Since I am a candidate for District Attorney, it would be inappropriate and even unethical for me to comment on specific entities that might or might not be charged with crimes. But I can say that no person is above the law, and persons include corporations. Poisoning our air and water, and damaging the health of our children, is something I take seriously. As the chief prosecutor, working on behalf of the residents of the City of Philadelphia, when there is the basis for filing charges I would file them and and pursue whatever remedies are available.

Thrive: Could you also speak to the specific actions you would take if and when Trump decommissions the Environmental Protection Agency to double down on protecting our Right to Breathe?

Krasner: If and when Trump does that, and even as we see him draining the EPA of what vitality it has had, we in Philadelphia will have to replicate some of the functions that the EPA has been carrying out, including investigation and enforcement. The challenge is for local prosecutors to make up for the superior experience, resources and funding enjoyed by the EPA and federal prosecutors, who are likely to be made to stop investigating and enforcing in the Trump administration. But it is essential for local prosecutors to vigorously prosecute pollution when the fed refuses to do its duty. I will work diligently with all stakeholders, including non-profits, to prioritize attainable goals, including finding personnel and funding the new unit to pick up where the EPA is leaving off -- and go beyond that if possible.

I anticipate a cooperative, anti-pollution collaboration with this Attorney General.  As a result, certain investigations and/or prosecutions may be more suited to the DA or the AG for many reasons, including the qualities of juries and judges available to each.  This point is crucial.  Regardless, criminal polluters must be held responsible, particularly in the Trump era, when EPA and federal abdication of its responsibility to police polluters is expected.

Thrive: During Hurricane Katrina, residents were stripped of their basic rights. Low-income black residents especially were prevented from moving freely - facing police weapons when they tried to do so - and prisoners were abandoned in jail cells without food or water for days as flood waters rose to chest-level. Every governmental office should be planning for the impacts of climate change - what is your commitment to ensuring human rights are protected as climate impacts are felt?

Krasner: Even as the planet's ecosystem faces enormous human-made changes, and as we face the prospect of life-threatening disruptions, the rule of law must remain paramount. These are the rule we have made to limit human behavior to what we consider acceptable norms. They remain in effect under any circumstances, although in a state of emergency sometimes they have to be adjusted. That does not mean that people in power can use emergencies as an excuse for inhumane or unjustified mistreatment. We remain human beings with rights, regardless of circumstances, and those who violate the rights of others in ways that violate the law must remain accountable for their actions.

Thrive: We’re in the middle of a nationwide trend in anti-protest laws. In the fight against the Dakota Access pipeline, a bill was passed that removed liability from hitting protesters with cars. In Oklahoma laws are being advanced to drastically increase penalties for interfering with facilities like pipelines and refineries. Given our window of time to halt climate change is coming to a close and decisive actions must be taken, what will you do to protect the right to protest the extinction of our species?

Krasner: I could not be a bigger fan of peaceful efforts to protect the planet. I and my law firm are generally known to be the most prominent Philadelphia defenders of free speech activity, direct action, and non-violent social change activity when it results in arrests and citations. I have represented a long list of activist groups and their members pro bono in this context for over 25 years, including EQAT, the Earth Quaker Action Team. We nearly always win. No peaceful activist should fear my exercise of discretion in charging or diverting or declining charges. District Attorneys are required to seek justice, after all.

Thrive: Article 1 section 27 of the PA constitution states: “The people have a right to clean air, pure water, and to the preservation… of the environment. PA’s public natural resources are the common property of all the people, including generations yet to come. As trustee of these resources, the Commonwealth shall conserve and maintain them for the benefit of all the people.” Given fossil fuels are the main driver of climate change, could you agree it is unlawful for the Commonwealth to pursue fossil fuel expansion?

Krasner: The District Attorney's Office is responsible for making prosecutorial decisions. The Office is concerned with whether or not there is a basis for a charge. There must be evidence that identifiable individuals or persons have violated specific laws in ways that can be charged. I would consider any such evidence when it is presented to me.