Philly Thrive was founded in 2015 to unite Philadelphians for our Right to Breathe in the face of corporate plans to massively expand oil & gas operations in the city. Our theory of change involves running strategic campaigns to remove support for the fossil fuel economy, grow a leaderful movement, and strive to bring about a green economy that works for all. We have won four out of five campaigns to date.

As our first campaign, Philly Thrive stopped a proposed expansion of the PES refinery at Southport, a large property on the Delaware River that would have allowed PES to ship oil overseas. Through direct actions at the PES refinery, the Philadelphia Regional Port Authority, and at public meetings, Philly Thrive worked in coalition to head off the vision for fossil fuel expansion in our city. 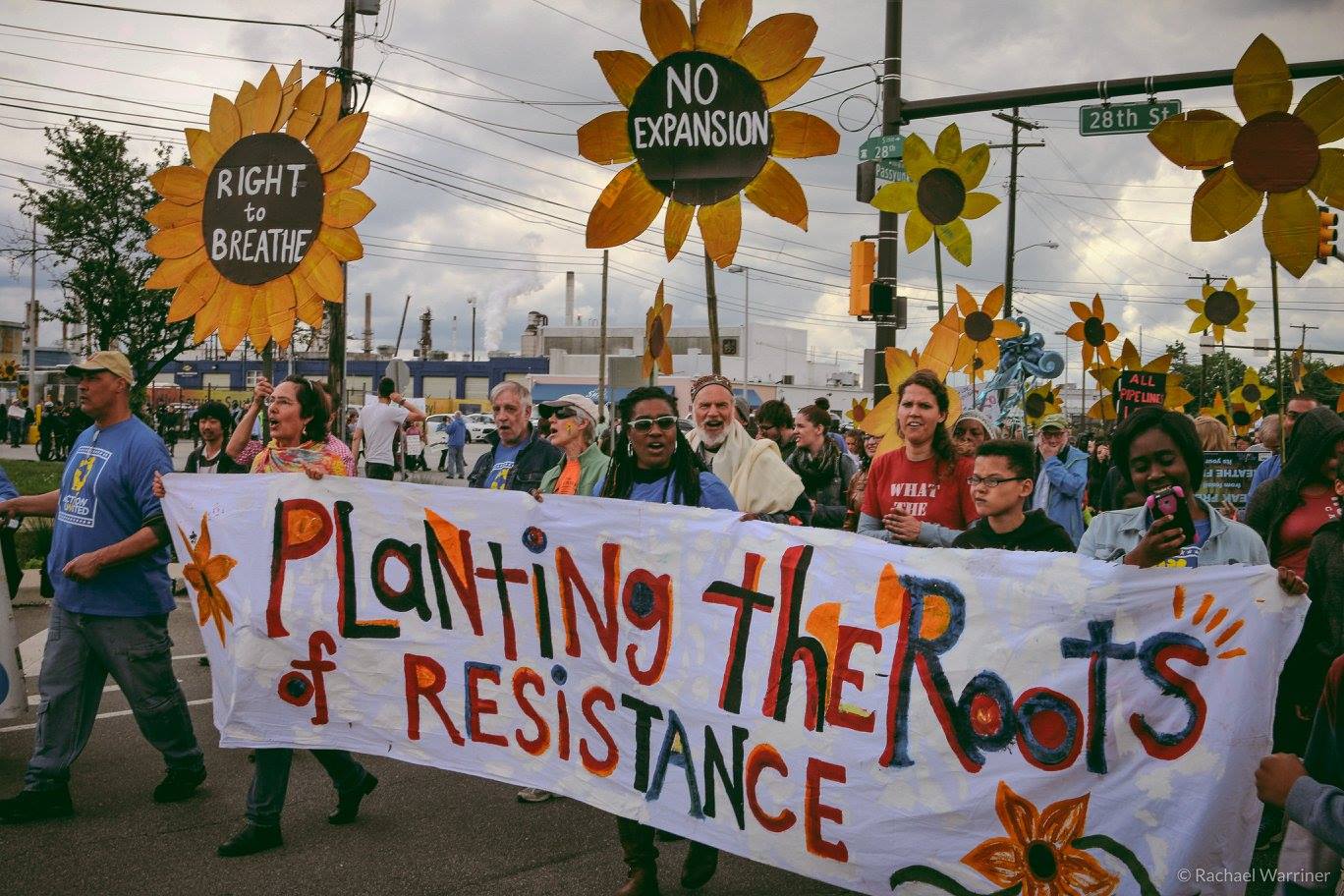 As part of a multi-issue coalition, we successfully pressured the Philadelphia City Council to end their banking contract with Wells Fargo, highlighting the bank’s investments in prisons, the Dakota Access Pipeline, and the PES refinery, as well as its racist lending practices. 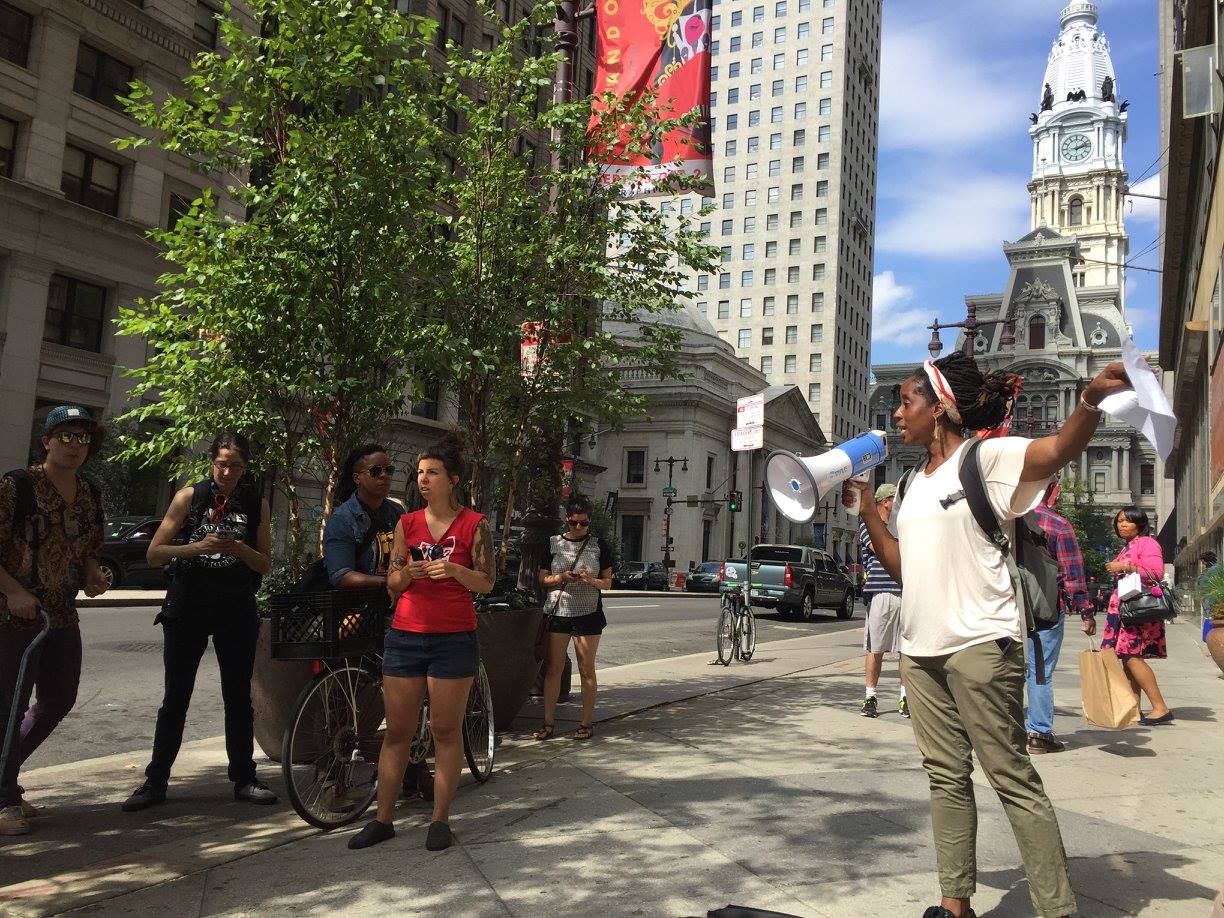 Our We Decide campaign intervened in the City of Philadelphia’s process for planning the future of our energy system, which had no intentions of engaging residents most impacted by energy insecurity & injustice. Philly Thrive engaged over 300 Philadelphians in a community survey and a town hall meeting to identify priorities for our energy future. As a result, the Mayor’s Office of Sustainability referenced our survey results in the energy planning document, and our organizing provoked an unprecedented discussion on the need to transition the PES refinery. Read our report here. 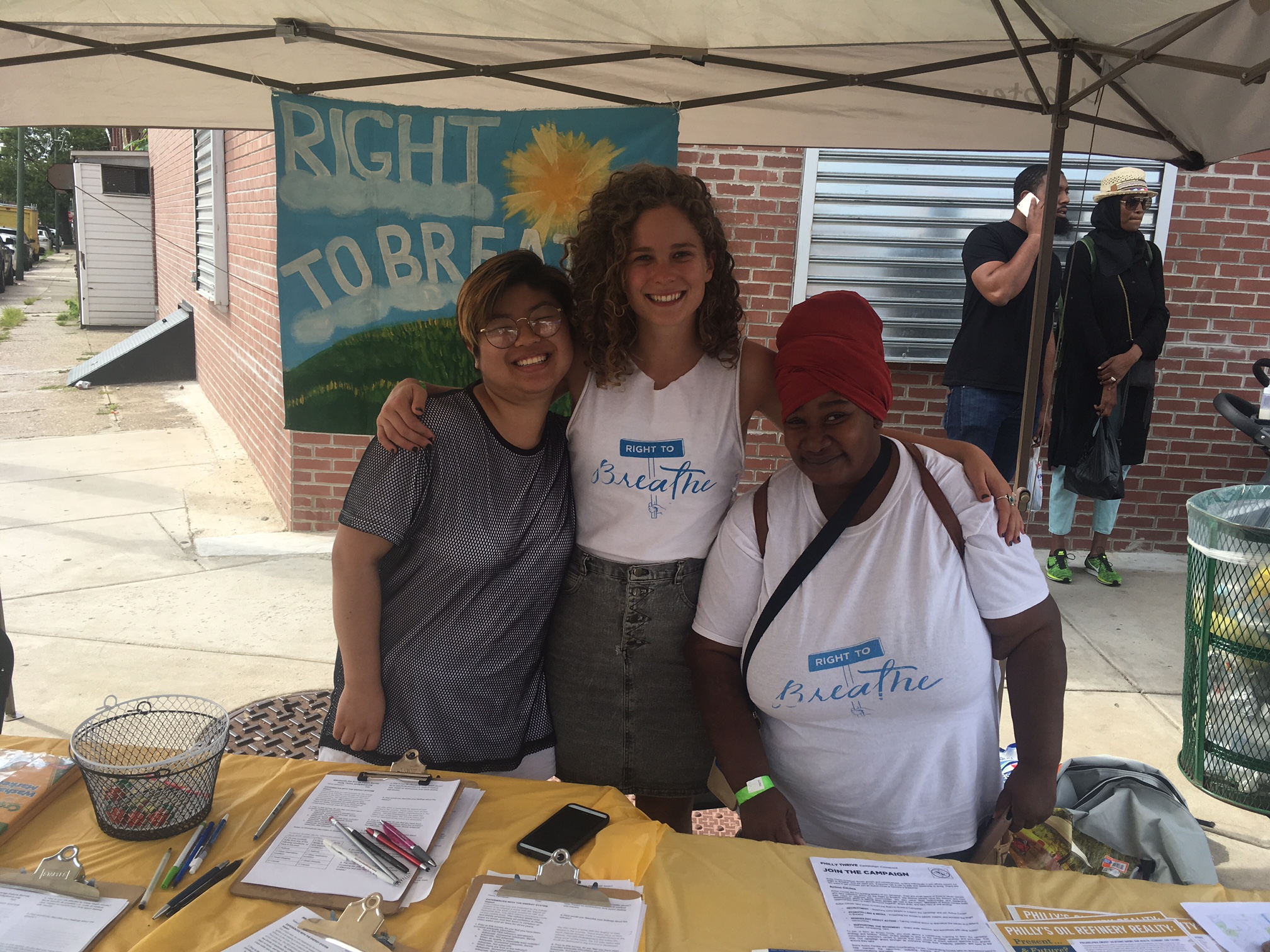 Philly Thrive’s Pay Up PES campaign elevated the desire for reparations from the refinery amongst South & Southwest Philadelphians. When construction of a biogas plant was proposed for the refinery land, we trained residents up to contest the permits and demand investment into the community. We responded to further plans for natural gas expansion in South Philly by joining up with over 30 power-building organizations in the Alliance for a Just Philadelphia to put the pressure on City Council for racial, economic, & environmental justice. Through the Alliance, we were part of organizing the largest forum of At-Large City Council Candidates to date where transition of the PES refinery and a moratorium on fossil fuel development was among the top priorities being advanced. 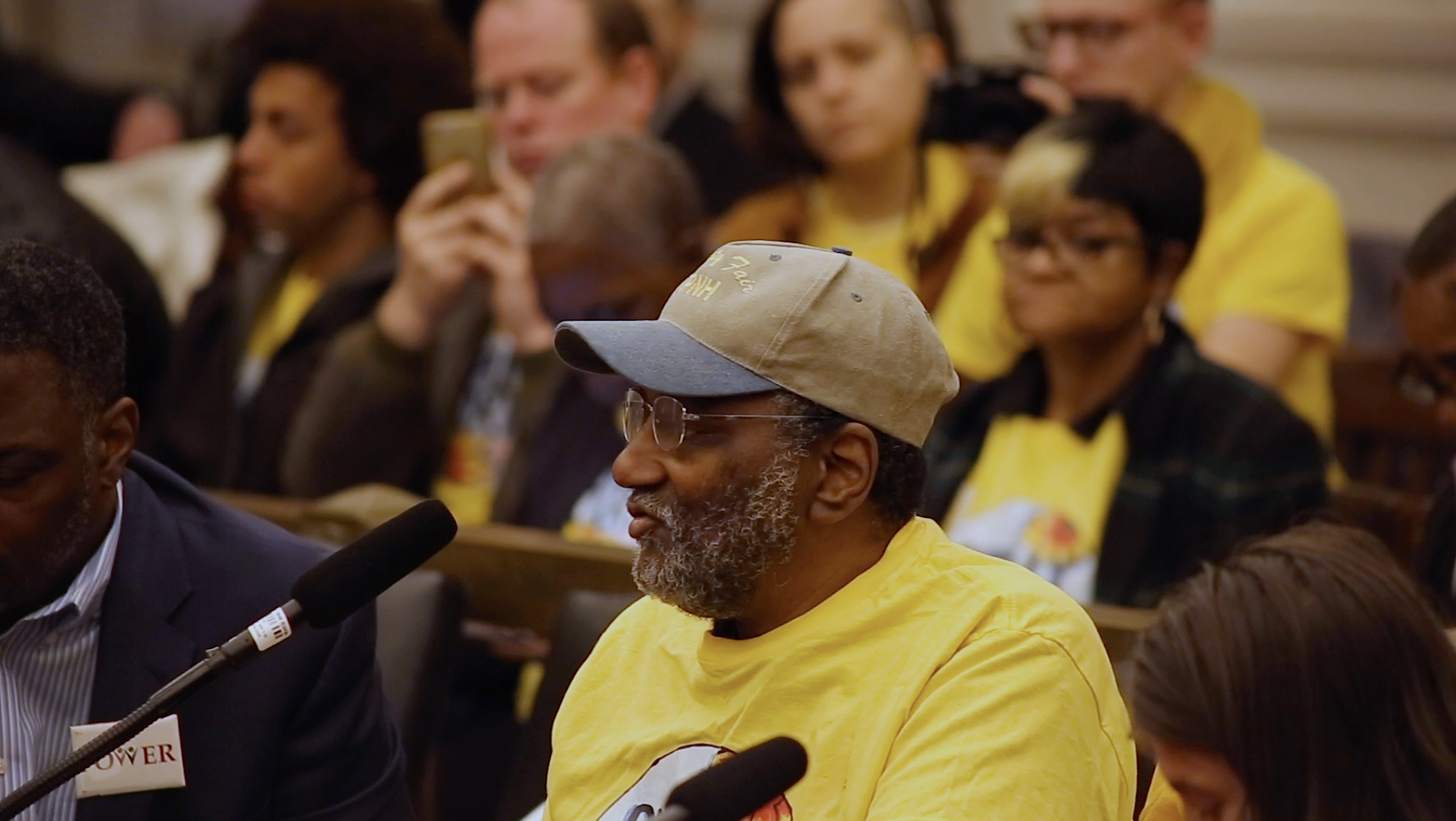 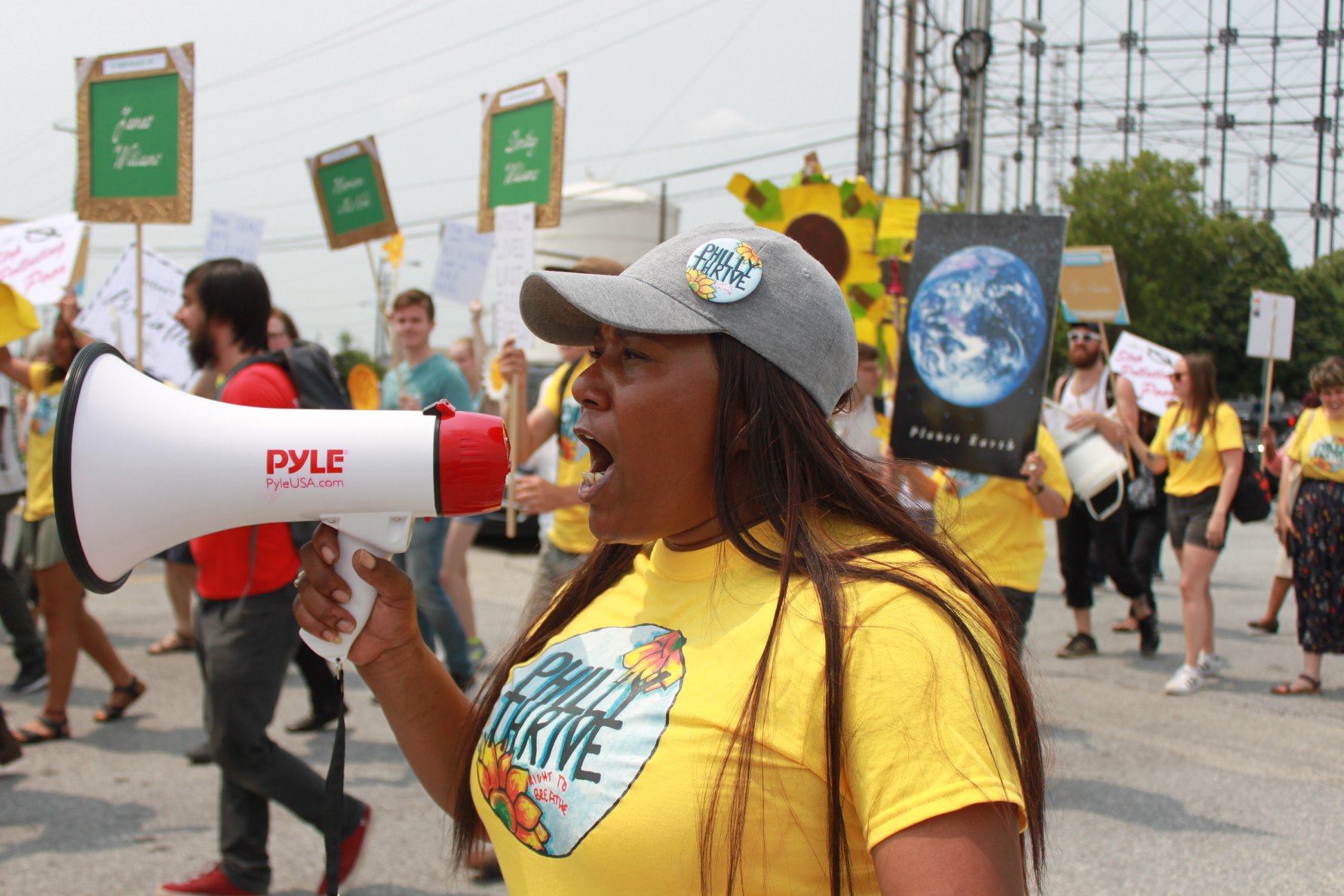 In June 2019, a series of massive explosions at the PES refinery almost killed over 1 million Philadelphians and shuttered the refinery. This horrifying incident vaulted Thrive into a national spotlight and a new campaign for permanent refinery closure. Across generation, neighborhood, race, religion and gender, we mobilized residents to countless public meetings, empowered dozens of Philadelphians to tell our stories, and applied strategic pressure on the U.S. Bankruptcy Court’s decision regarding the future of the land. We saw the devastating effects of the City’s failure to plan a thoughtful transition, as refinery workers were laid off without benefits and pitted against impacted communities, all while PES extracted millions in bonuses for executives. Thrive members planned a bold series of direct actions and won a meeting with Mayor Jim Kenney with the goal of holding the City accountable to defending our Right to Breathe. We organized a bus to the refinery auction in New York City and on February 13th, 2020 the bankruptcy judge confirmed the sale of the site to a company who planned to redevelop the land for non-refinery uses. Through our people power, Philly Thrive won an end to 157 years of pollution in Philly! 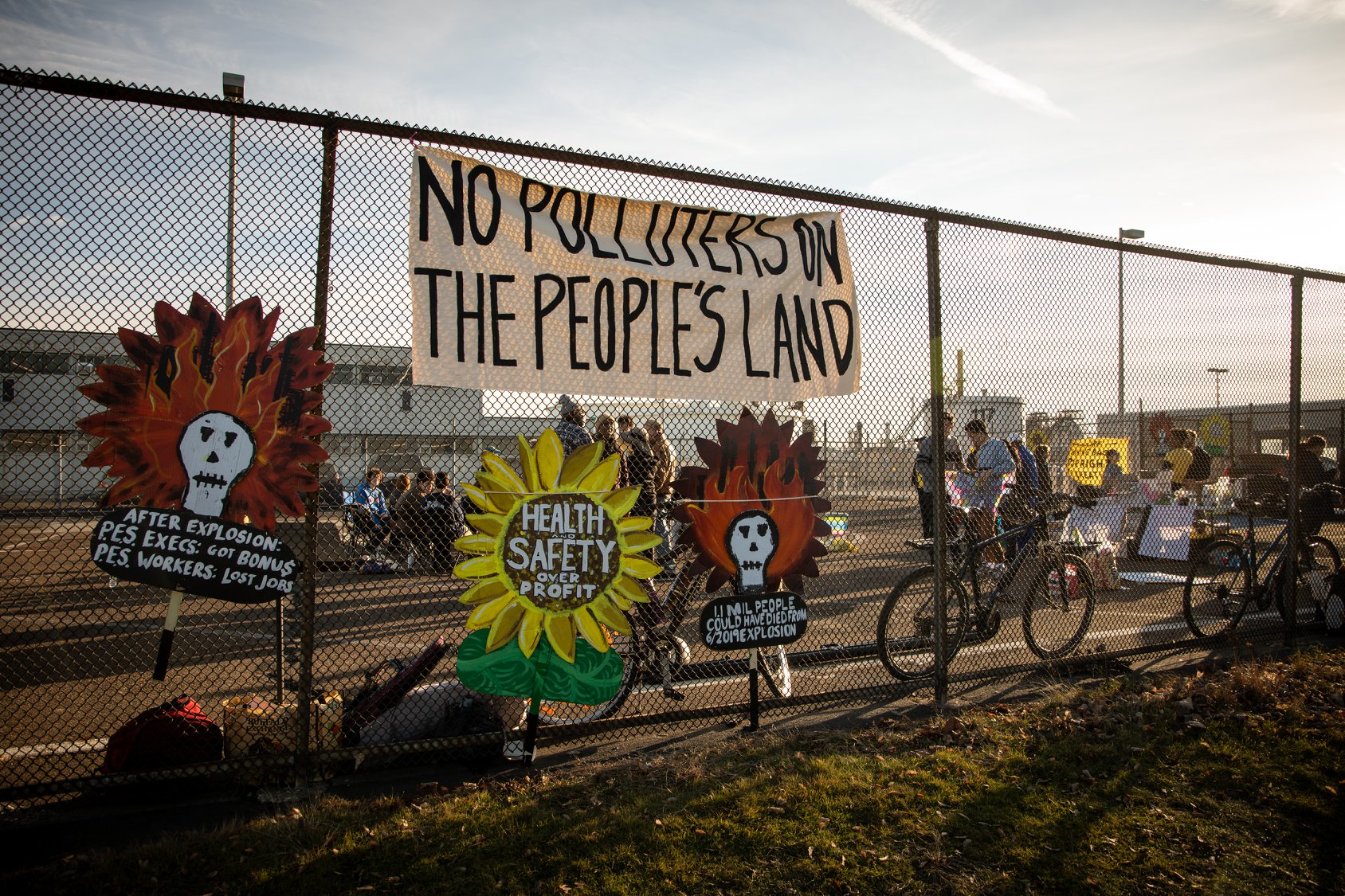 The COVID-19 crisis hit Pennsylvania shortly after we won an end to a century of pollution at the refinery site. Thrive members strategized about the pandemic and designed a campaign development process called “Philly’s Not Going Back.” The initiative echoes demands from movements across the country to transform the U.S.’s racist, extractive economy as the only path out of COVID-19. The initiative evolved to have three prongs. First, Philly Thrive members set out to leverage our support for Philadelphians on the frontlines of the pandemic- from domestic workers to incarcerated folks- recognizing the importance of strengthening relationships of solidarity in this period to win structural change. A second team of Thrive members designed a study curriculum to identify priorities for local policies to achieve a “Green Recovery” in Philadelphia, addressing the interconnected issues of COVID19, climate change, and inequality. Lastly, Thrive members are doing significant mutual aid work through our community care circle. 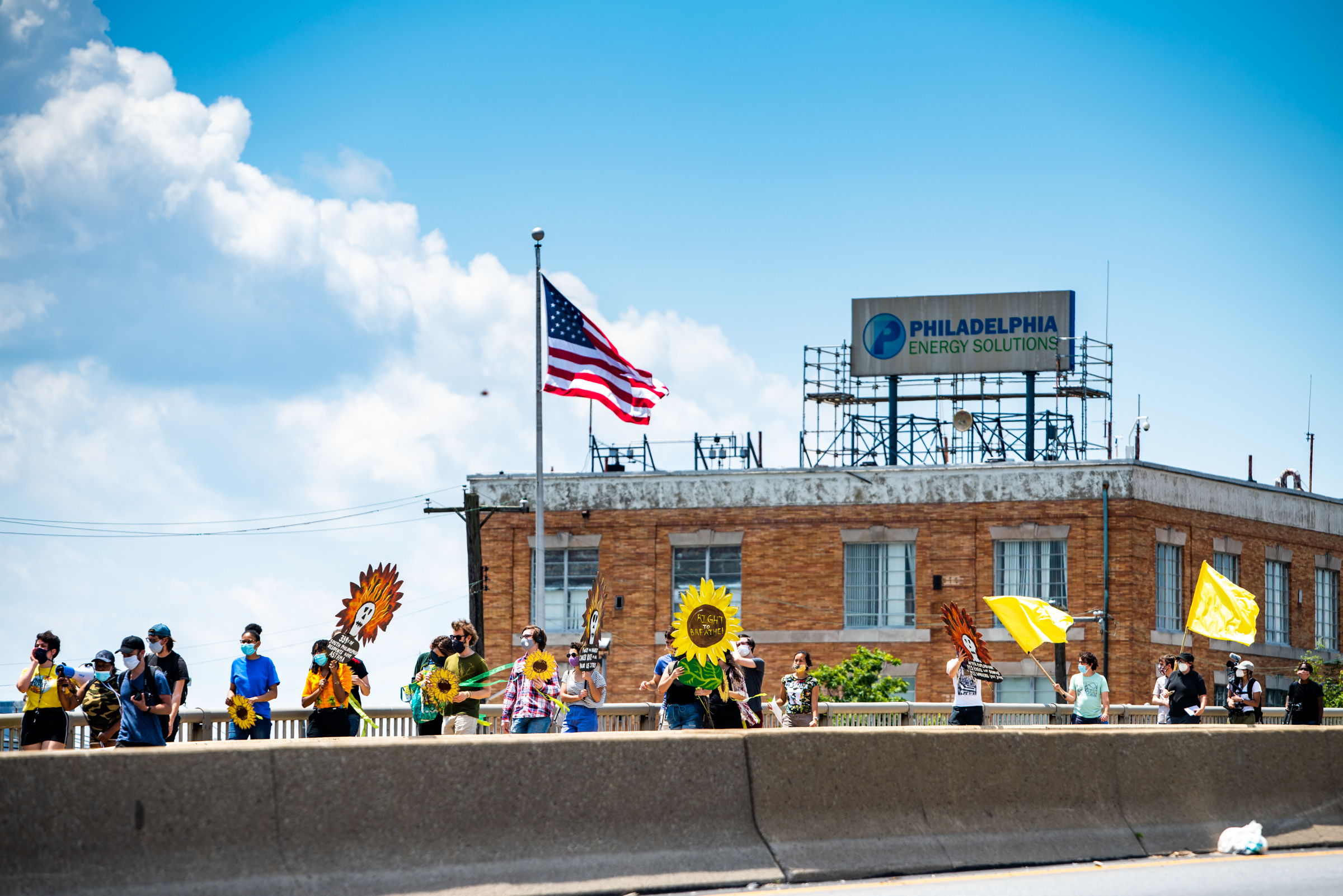