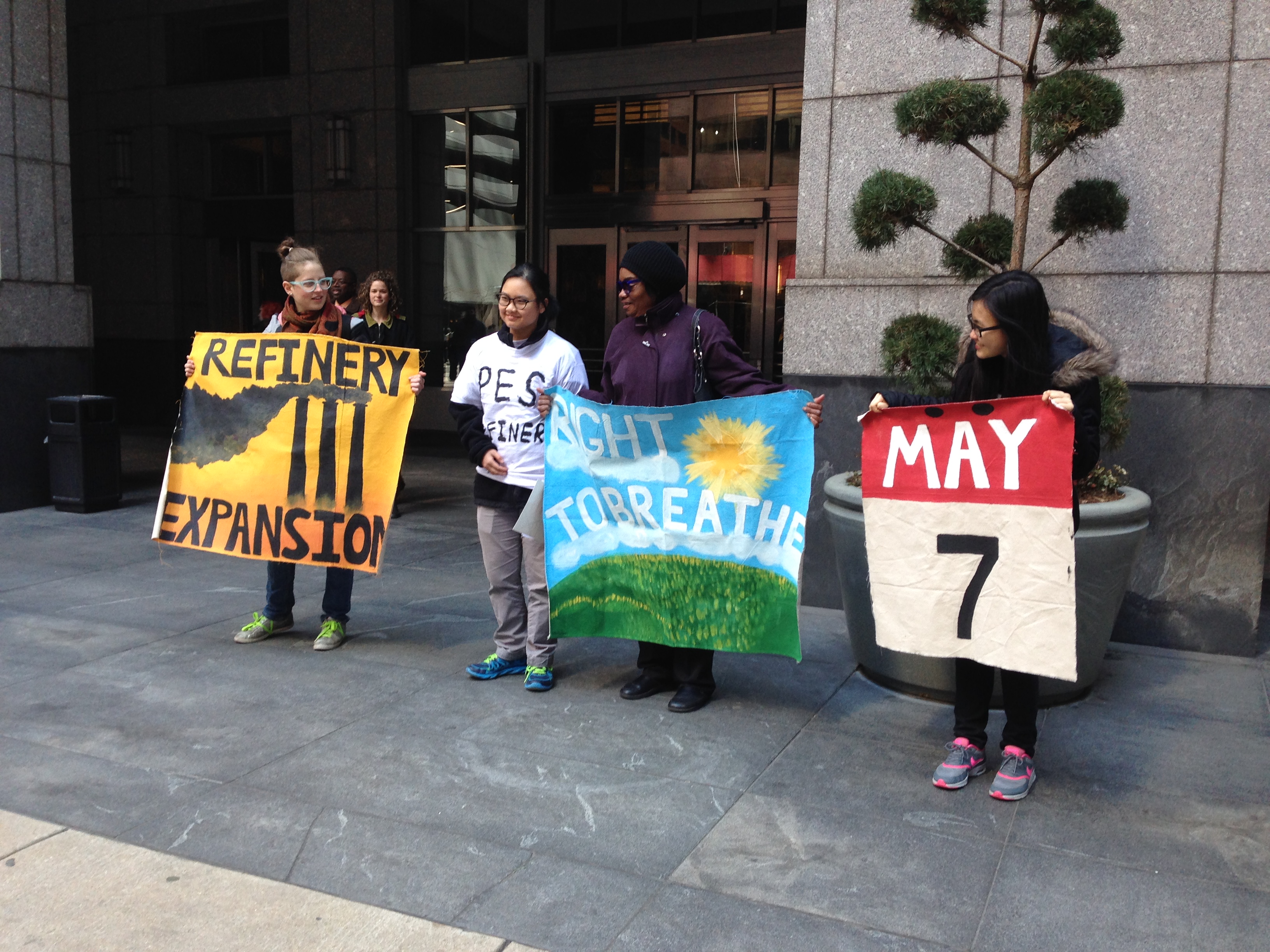 We met at the Comcast Plaza where spirits were high. Many people brought their own signs, with personal messages to PES.

We started with a grounding from our spiritual anchor, who reminded us all to breathe and ground ourselves before our work began. We then walked across JFK to PES headquarters, chanting “We the people have the Right to Breathe.”

We entered PES headquarters and we were immediately told to leave by building security. We held our ground, finishing a song together, and after a few minutes we decided to move outdoors to finish our demonstration.

Outside on Market Street, we performed our own political theater. One Thriver played the refinery, and had to choose between our Right to Breathe and a dirty expansion plan. When she chose the Right to Breathe, the crowd went wild.

We also heard from a thriver, Jo, who went upstairs and hand delivered our ultimatum to PES. This is the first time we have had a Thriver get upstairs to personally deliver our message to PES headquarters. She handed off the letter, with assurances it would be brought to CEO Phil Rinaldi. Regardless of whether the letter is delivered, we know PES is taking more notice of us than ever before: our tactics are making them respond. 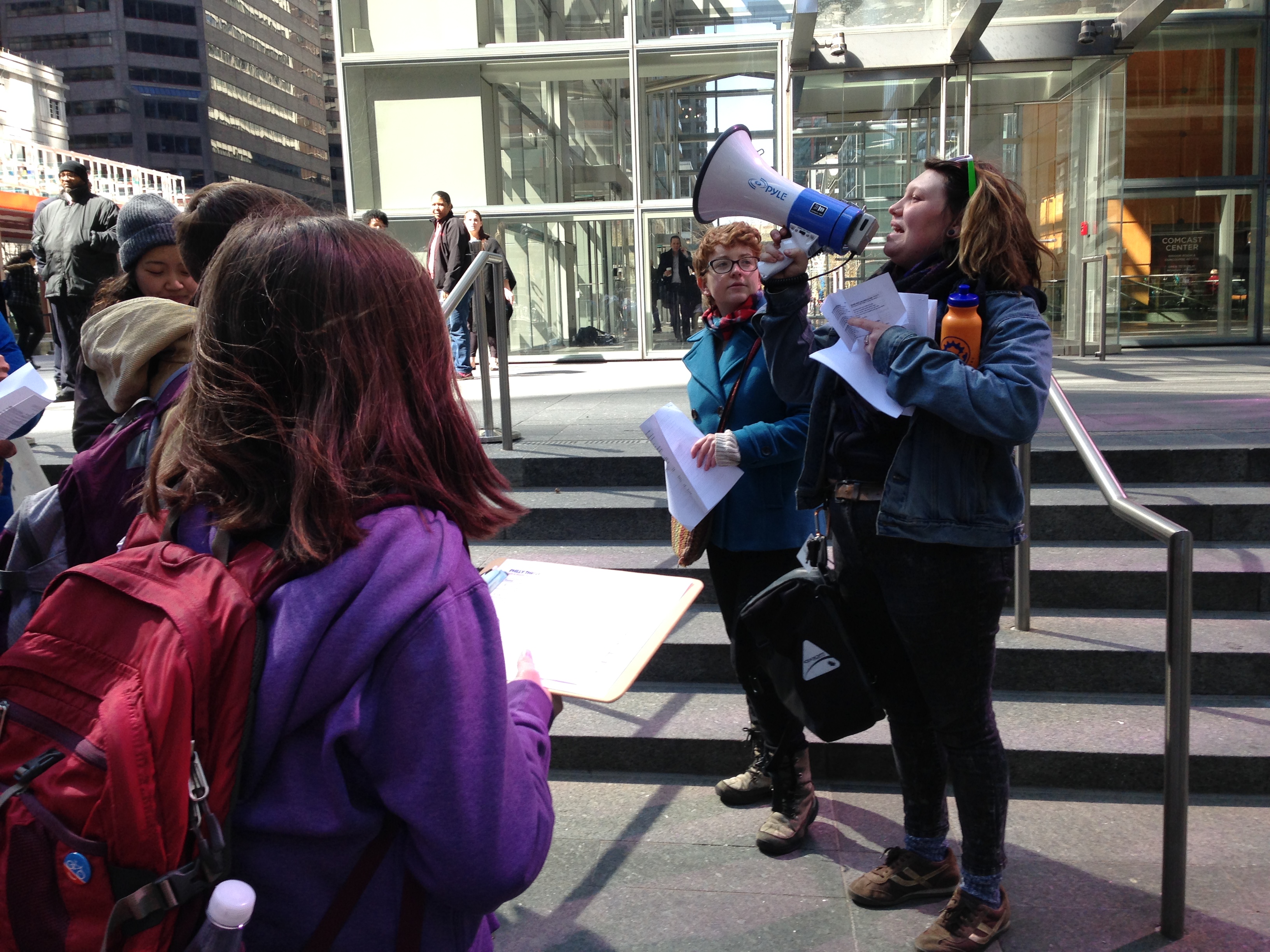 Philly Thrive brought a clear message to PES. The company has a choice: either pursue expansion of their dirty refinery, or support our right to breathe. We also gave them a date by which to make this choice: May 7th. If PES has not revoked their Southport proposal for expansion by that day, we will take bold action. We will hold the first mass demonstration of Philadelphia residents in at the South Philly refinery, and the largest in the company’s history so far.