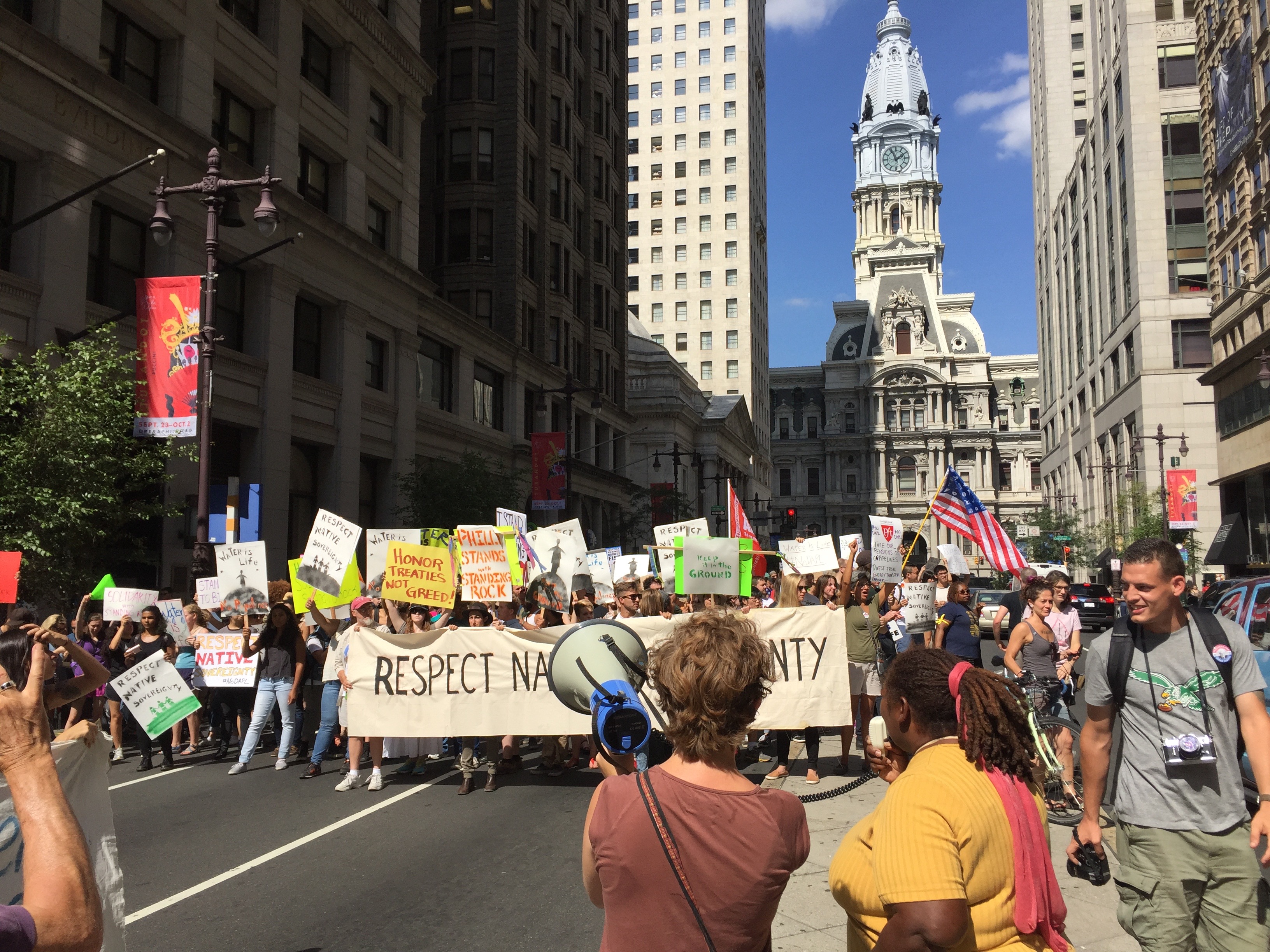 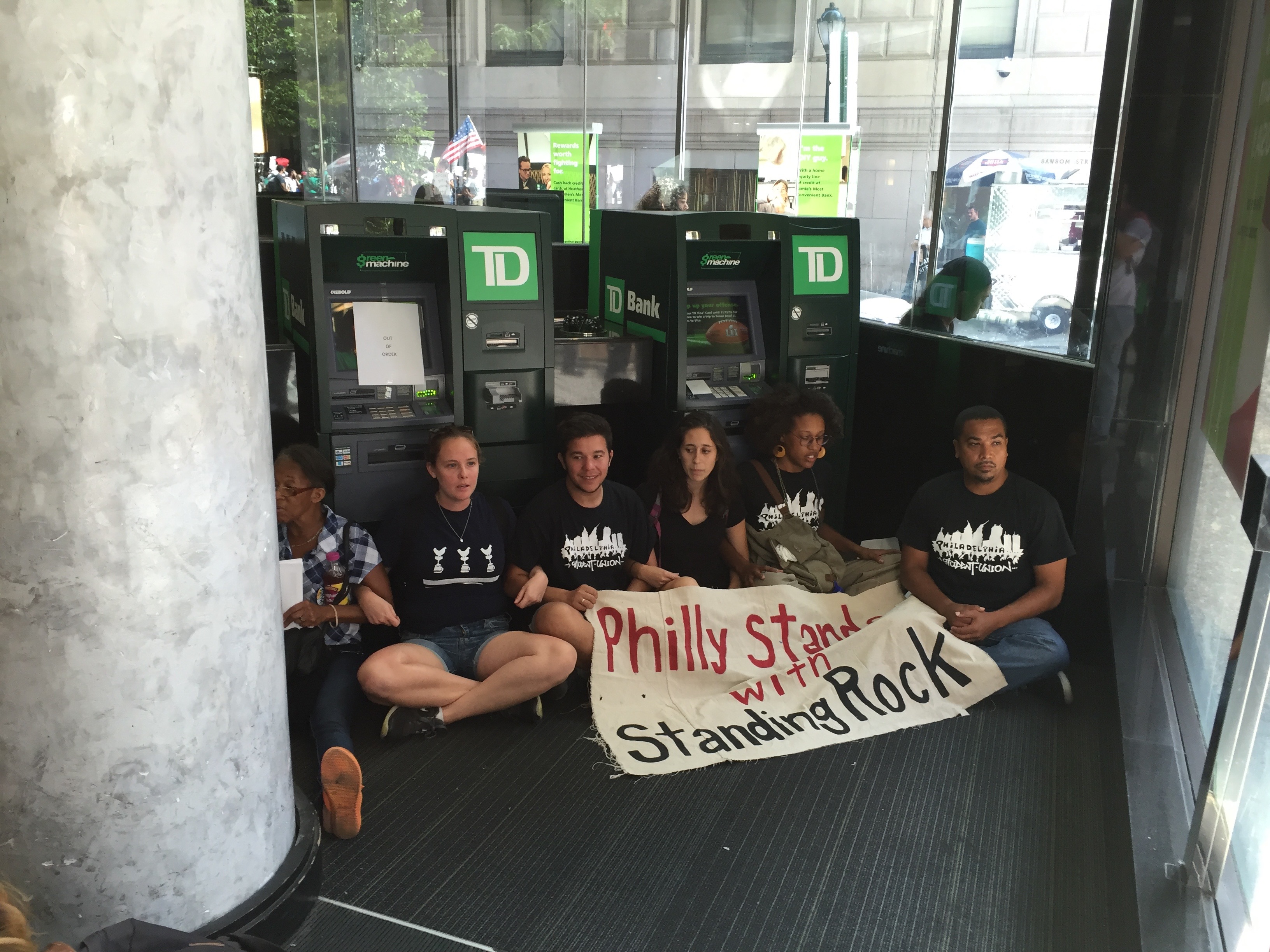 Just as the 400-strong march was leaving City Hall down Broad Street, 25 Thrive members and their allies stormed the ATM vestibule at a TD Bank branch at Broad and Sansom and disrupted business as usual at the branch for the rest of the day. Led by Chinara Bilaal, Thrive protesters outside the bank sang songs, chanted, and shared testimony on the bank’s role in funding Transfer Energy Partners and various infrastructure projects in North Dakota and Philadelphia.

Zalaka Thompson spoke to the gathered march of over 400 about her  struggle with refinery pollutants and the importance of standing with oppressed people facing similar injustices. Irene Quinn sat in front of two TD Bank ATMs, arms linked with fellow Thrivers against bank members drawing money from their accounts. 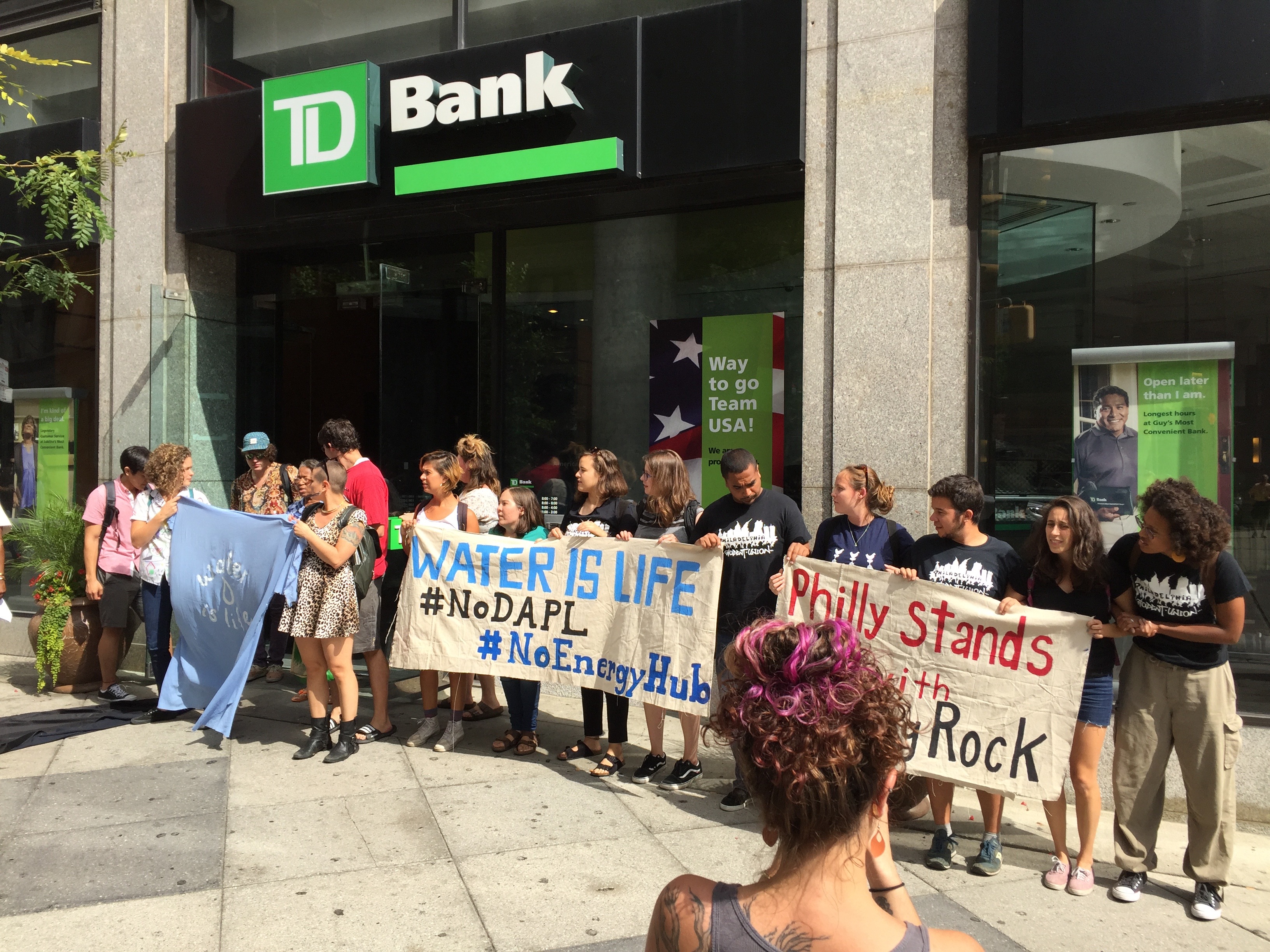 For over 145 years, the PES oil and gas refinery on the outskirts of the Wilson Park neighborhood in South Philly has been poisoning the air for nearby residents. The neighborhood has a childhood asthma rate three times the city average and lung disease among adults runs rampant. Now, PES, the city’s foremost producer of airborne pollutants, wants to expand its facilities and turn all of Philadelphia into an “energy hub,” bringing to the region more pipelines, refineries, and petroleum product manufacturing facilities.  Philly Thrive is standing up for residents’ Right to Breathe against Big Energy’s expanding interests in the city.

Philadelphia’s march on Saturday was also a call to action against TD Bank, CitiBank, and other funders of Energy Transfers Partners.  TD Bank’s corporate lending and investment arm, TD Securities, has funneled $365 million to Energy Transfers in both the form of credit to Sunoco Logistics and project-level loans to Dakota Access. A heinous late fee to TD Bank is being used to dig a pipeline under the Missouri River and increase PES’s already massive greenhouse gas output.

Actions like the one on Saturday is part of a multi-faceted effort by Thrive to keep energy companies and their financiers accountable and to shift the tide in global fossil fuel development. In all, five TD Bank locations were shut down in Center City, sending a clear message to oil industry profiteers.

Ms. Quinn understands the necessity of solidarity with people across the country facing the same kind of resource poisoning as we face in Philadelphia. “We’re humans that want to live on clean land and clean air. That why we get involved. If no one does anything, we’ll end up with worse problems than we have now.”

The Right to Breathe campaign calls on members of affected communities from across the city to stand up for their Right to Breathe against Big Energy interests and to work towards a green economy that benefits all people. 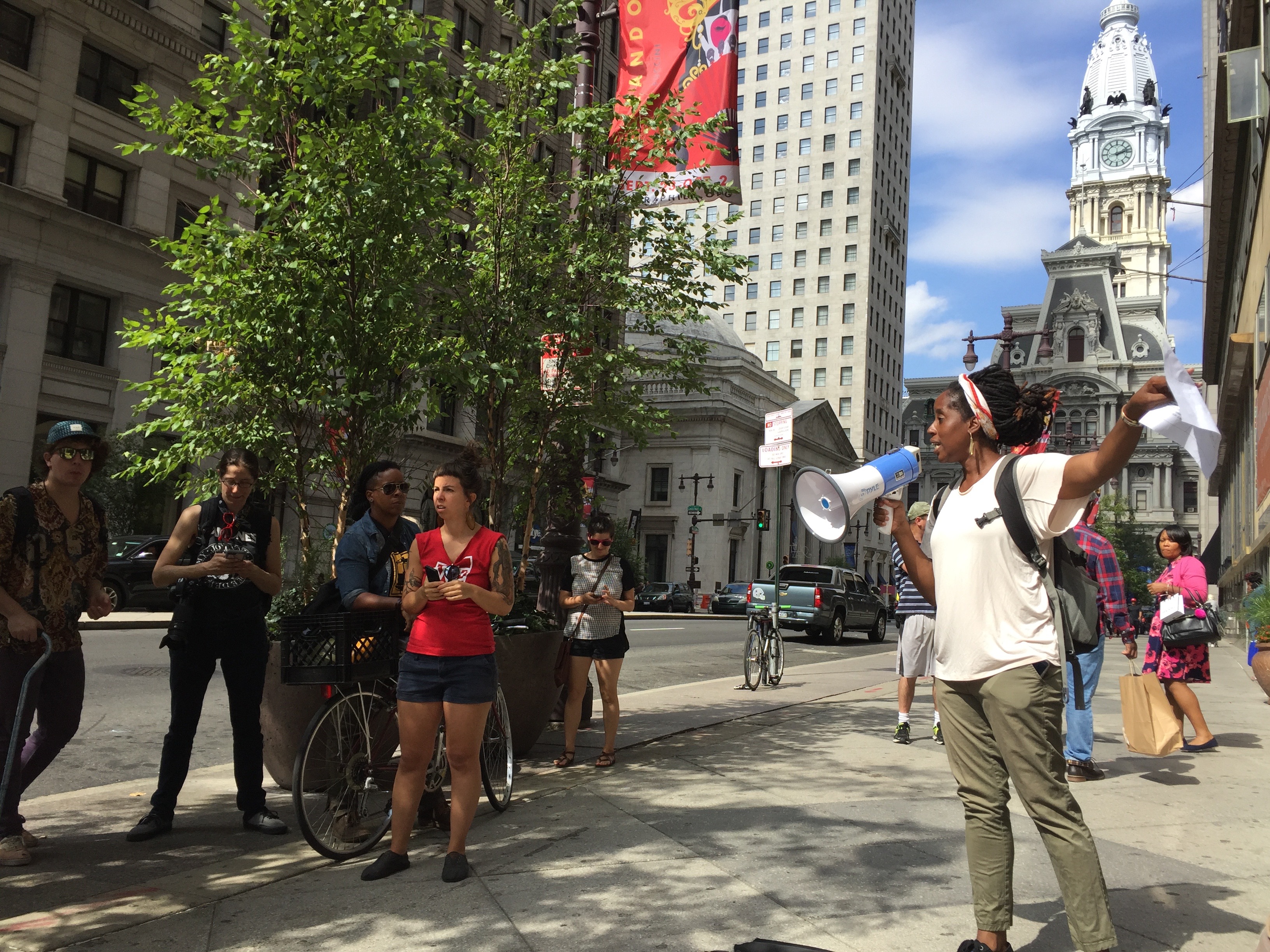