Toxic Tour of the PES Refinery

From Rivers of Honduras to South Philadelphia: join Philly Thrive, Action United, LeftRoots, and the Grassroots Global Justice alliance to stand in solidarity with frontline communities across the globe! 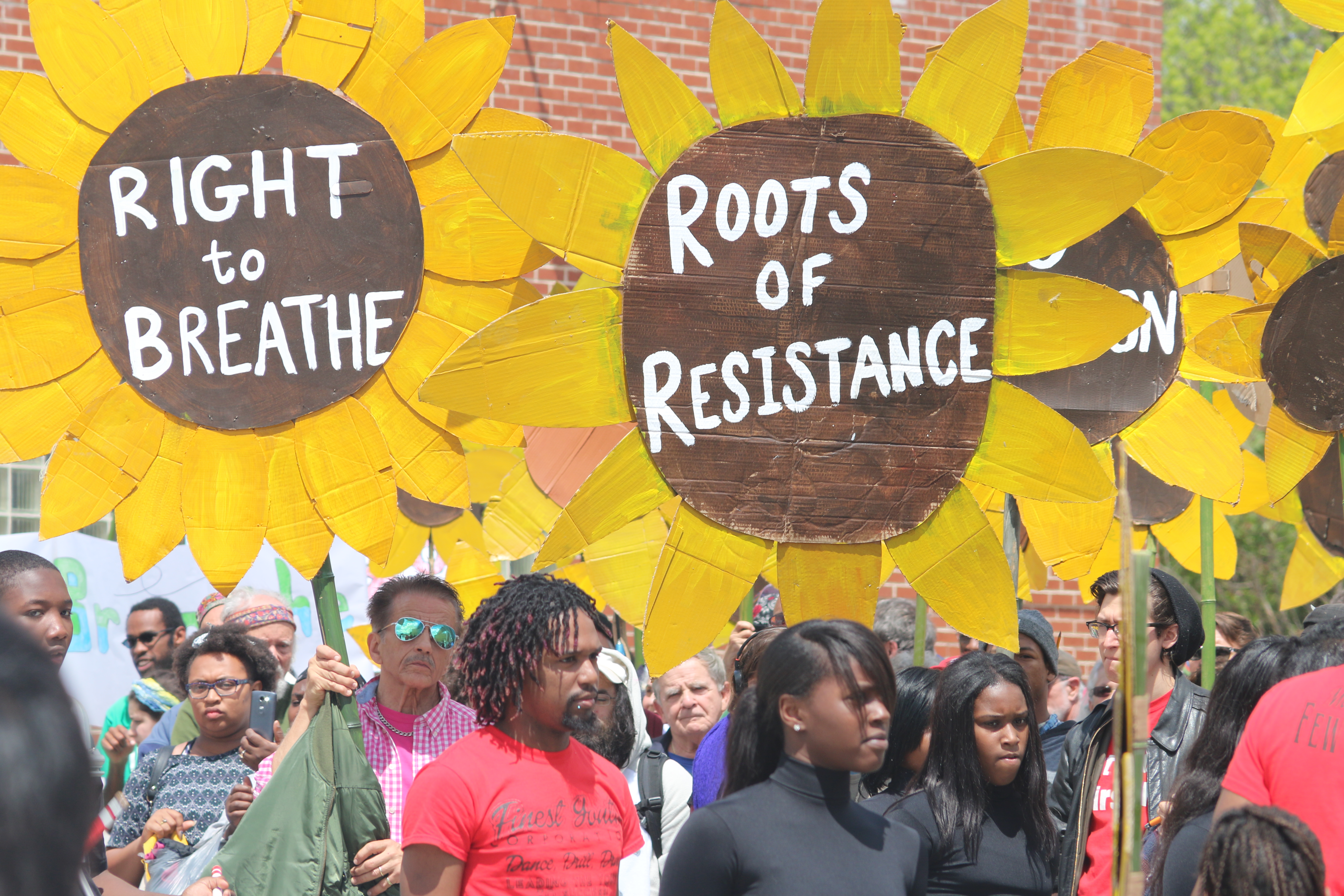 On Tuesday, July 26, an delegation of frontline leaders will bear witness to community leaders who are standing up against the refinery and the expansion of the extractive economy in their neighborhood. From a journey that begins at the RNC in Cleveland and ends at the DNC in Philly, The It Takes Roots to Change the System Caravan will be making its final stop: a “Toxic Tour” led by Philly Thrive and Action United. The It Takes Roots Caravan is a delegation of diverse frontline communities from across the country and around the world who are taking a stand to say “NO!” to extractive economies and “YES!” to a just transition.

We collectively demand that the Philadelphia Regional Port Authority seriously consider proposals for Southport that will provide sustainable jobs that do not depend on further extraction. We know that Governor Wolf selects the Board of the Port Authority, who will ultimately make this decision. We invite Governor Wolf to join our delegation on our “Toxic Tour” of Philadelphia’s largest refinery to hear the stories from communities on the frontlines. Members of COPINH (Civic Council of Popular and Indigenous Organizations of Honduras) , who are fighting for their land for their water, will be joining the tour, bearing witness to the struggle for safe and healthy communities in Philadelphia.

As we take action during the DNC, we find common ground in being united in our struggles to combat environmental racism and the corporate/government connections which keep these systems in place. We know that as Governor Wolf attends the DNC, the health of many communities is impacted by fossil fuel expansion. We know that as Hillary Clinton applauds fracking, communities in Honduras are threatened and face murder based on her foreign policy.