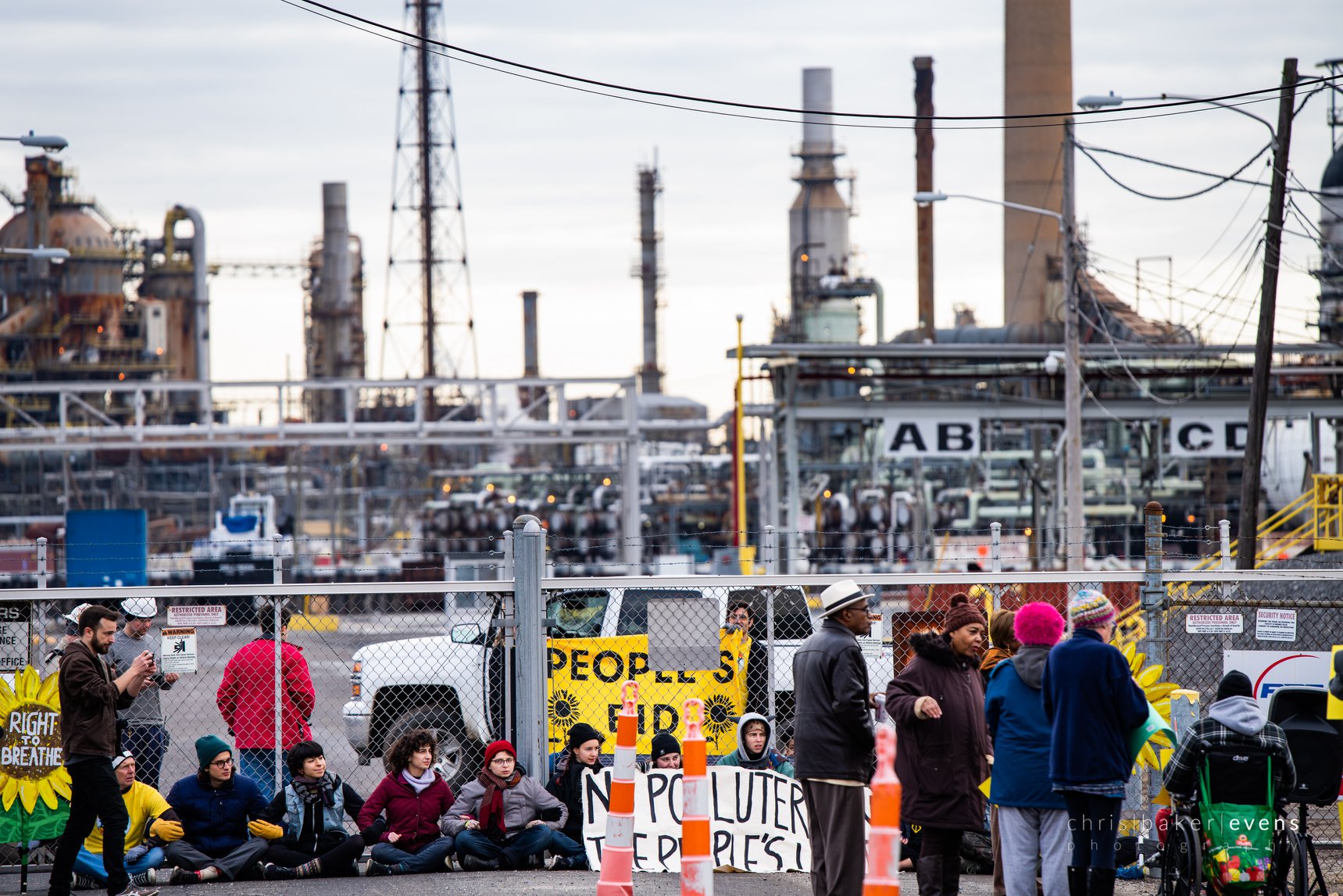 Since our founding in 2015, Philly Thrive has been focused on winning a transition of PES, the largest oil refinery on East Coast, which polluted South Philly communities for 157 years and was responsible for over 50% of the toxic air emissions in Philadelphia, leading to a childhood asthma rate that is 2-3 times the national average. This February, through our people power, we won an end to pollution from the PES refinery.

Watch the trailer for the documentary "On the Fenceline: A Fight for Clean Air" (2020), which tells the story of the refinery issue and our organizing.

Philly Thrivers are continuing to organize for racial and economic justice, and to transform the root causes of ecological destruction: a system that prioritizes profit and extraction over Black lives. Click here to read about our current action circles working to win systems change.